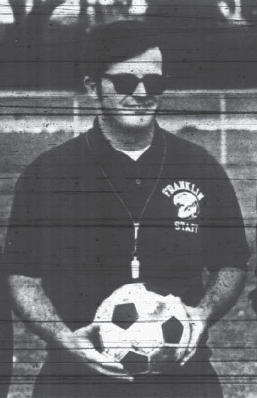 In the 1960s, Gordon McClay and his brother Ken McClay moved to Franklin. Their father, US Soccer Hall of Fame inductee Allan McClay had been helping grow the sport in the United States since he arrived to the country in the early 20th century. The brothers started teaching their sons the game when they were 7-8 years old. Together with others, they established the Franklin Youth Soccer Association in 1967.

Gordon and Ken looked ahead to high school for their children and did not see a soccer program there. Working with others, the McClays petitioned the FHS Athletic Director Jerry Leone. Responding to multiple denials by the School Committee, the youth soccer leaders addressed all of the concerns including providing equipment and field preparation. The initial uniforms were hand-me-downs from another athletic program. The last piece of the puzzle was to find a coach.

With his involvement in the youth soccer program, Gordon McClay was a logical choice to lead the start-up Boys Varsity Soccer program and Franklin High School (FHS). Gordon stepped up, telling Leone and the School Committee that he would serve for one year to give them an opportunity to find the next coach. He shared his passion for the game with his sons and their classmates. One of Ken's grandsons went on to play professionally. 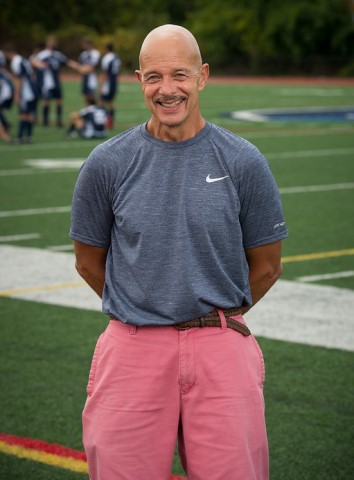 Fran Bositis came to Franklin having been an accomplished lacrosse player at UMass to teach physical education in the junior high. He had thoughts of helping out coaching football. When he was presented the opportunity to coach the fledgling soccer program his reaction included an admission that he knew "not a lot" about soccer. His initial openness and perseverence had him starting on a journey that would last over a half century!

In 2020 Coach Bositis works his 50th year, an amazing tenure. Through 2020, Bositis had compiled a record of 493 wins, 282 losses, and 128 ties! He has coached nearly 500 young men in the process, in soccer alone. He has also coached lacrosse, basketball, and track through his years at FHS.

Under the leadership of Coach Bositis FHS teams have had a tradition of working hard and being well-prepared. Team accomplishments include a 1976 Eastern Mass Division 1 Championship, several tournament appearances and wins, and 9 Hockomock League championships. Bositis was inducted into the Eastern Massachusetts Soccer Coaches Association's Hall of Fame in 2003.

© 2020 A Gift to the Franklin High School Soccer Community. By Tinetrix, Inc.. All rights Reserved.

* Although efforts are made to maintain accuracy, this website may include errors in coach, team, or player data. If you see something that needs fixing, let us know.